How Do You Choose An Investment?

During the dotcom bubble of investing there was one company who, in their prospectus for their Initial Public Offering (IPO), stated that "We have a history of losses, and, because we expect our operating expenses to increase in the future, we may NEVER become profitable."

Now that should have scared off the investors in a huge way but it didn't. It still scares me.

Warren Buffet has said that he didn't get into the dotcom investing frenzy because he just didn't understand how they were going to make any money, he was right in the case of 90% of the companies.

So, the first rule of investing has to be, if you don't understand how they are going to make money, don't give them any of yours.

Some people invest in companies because they like their ethics. That is something to take into consideration if that is important to you but there has to be so much more than that.

Ethics on their own don't make profits and without profits there is no business.

The first thing you should be looking at is the possibility of the company making a profit and continuing to make a profit.

In this era of disruptive businesses such as Uber and AirBNB it's important to keep an eye out for the up and coming businesses as well.

These may come and go but they can have a huge impact on the regular business in the mean time.

The taxi industry is reeling, there won't be too may plates being sold for the next few years until things settle out in some sort of uneasy truce. The government licence fees will have to be dropped almost entirely unless they are happy to see the whole industry collapse.

Don't invest in a taxi plate any time soon.

If the company you are looking at is not at risk of a disruptive upstart kicking the chair out from under them then you need to look at their processes.

How will they be affected by any changes to their tax regime in the form of a carbon tax or some other charge or fee?

These things are not the end of companies or their profitability but they are something that you need to make sure they are taking steps to deal with the uncertainties.

Some people like to look at a companies ROI (Return on Investment) and like to see them in a healthy position, depending on what that actually means in terms of their particular industry.

A friend of mine in the supermarket business told me once that if he could get a 1.5% net return on his years trading he was pretty happy.

Would you be happy with a 1.5% return on your savings or investments?

No, nor would I. I try for between 7% & 10% at the moment but I'm running pretty conservative because that's the way I am. I really don't like losing money. That might explain why I'm not a gambler.

I don't get big wins but I don't want them, accumulated small wins work very well for me. You have to make your own decisions on what risk level you are prepared to take and can live with.

I would suggest that you never invest more than you can afford to lose in any single investment.

The way you choose your investments will be, probably, very different to mine but that doesn't mean either of us are or are not right. It's a personal thing but you do need to do your due diligence with all your investments or you are at risk of being caught out.

So how do you choose?

P.S. If you are curious, this is what the first Microsoft website looked like when it was launched on 20th October 1996.

Are You Afraid Of Change? 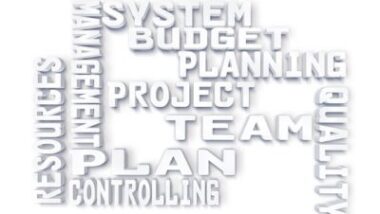 Getting Rid of Debt Personal Finance

What is a Zero Sum Budget?

This site uses Akismet to reduce spam. Learn how your comment data is processed.